We cherish and nurture relationships.

2019 was a special year as we celebrate the 50th Anniversary of an iconic brand – Wendy’s.

Our Founder and Chairman, Sam Hamra, and President and CEO, Mike Hamra were invited to celebrate the brand’s milestone anniversary this year by sharing their story about the food, restaurants, people, and Wendy’s unique culture and heritage.

Sam and Mike Hamra: Tales From the Fry Line and Beyond

A prominent local attorney stands out in the parking lot of his brand-new Wendy’s restaurant and waves cars in off the street, still a little unsure of what he’s doing.

Sam F. Hamra officially said goodbye to his full-time law career that day, never imagining that 43 years later he’d sit among the longest-tenured and most esteemed Wendy’s franchisees in our system.

In 2001, Sam’s son, Mike – after a steady amount of convincing – also left a prosperous law career in Washington D.C. to join the family business. Ten years later, he officially grabbed the reigns from his father to become President and Chief Executive Officer of their company, a position he still holds.

Sam is now semi-retired in Naples, Fla., but stays close to the business. He and Mike love to reminisce about their journey together and did so recently as part of our 50 Years, 50 Stories campaign.

Mike: It was like I had a craving for the food. This was back in the late 70s, early 80s. I was probably 11 or 12 years old. The smells of the restaurant – I couldn’t wait to get a triple hamburger. The thing I loved about Wendy’s is they customized my burger. I hate onions.

Before my dad got into franchising Wendy’s, we used to go to McDonald’s and I’d make them scrape the diced onions off the burger. I didn’t really think through how much work they went through to do that.

Sam: My father came over from Lebanon in 1913 at 15 years old. He lived with an uncle in Missouri who had a clothing store. My older brother, Jerry, started running the store in later years. Jerry was up for something to do differently in 1973 and said this new restaurant had opened in Memphis and we should go look at it.

It was one of the first Wendy’s built. There was a policeman out front directing traffic. The parking lot was full. The restaurant was full. We had hamburgers, chili, french fries and a Frosty. A baker and family friend, L.S. Hartzog, from Poplar Bluff, MO, was in there at the time and said, “Boys, I’m baking buns for Dave Thomas and Wendy’s in Columbus. You should get into this and I’ll vouch for you.”

With a partner in the restaurant business from Columbus, Ohio, we signed a franchise agreement for Springfield, Joplin, Columbia, and Jefferson City, Missouri. We built four restaurants that first year in 1976. Then I bought his interest and became sole owner and operator. My brother, Jerry, and cousin, John Hamra, became franchisees for Kansas City and Little Rock, AR.

Mike: I remember my dad being stretched out on his bed with his business clothes on, talking to this guy on the phone about their business partnership. I remember my older sister, Karen, dressed up as Wendy. I remember the work we had to do to get her in the outfit, to get her makeup on. My older brother worked in the store as a grill man, did the fries.

Mike: I eventually worked in the restaurant, too, in my late teens. I didn’t really think about it like, “My dad runs the restaurants,” but the general manager would take me in the back and say, “Just so you know, we’re not going to treat you any differently.” I remember thinking, you’re not only treating me differently, you’re treating me worse. I don’t mind cleaning the bathrooms, but every night?

I always had the worst jobs at closing. It didn’t matter. They were going to make sure people knew I wasn’t going to get the favoritism.

Back in the 80s, we had to empty the fryers. You had to take the pans out, full of grease, and dump them in the fryer dumpster out back. This was before we had the lines that would pump out the grease. You always had to shout, “Hot grease! Hot grease!” coming through the restaurant, and one time I bumped into a fellow employee and she yelped. It was a yelp like it startled her, rather than burned her, but she made such a large scream that everyone in the restaurant stood up from their chairs.

I was probably 17 years old – I was so embarrassed.

Sam: I started helping Missouri U.S. Senator Stuart Symington on his campaign in 1952 and in subsequent years. He was going to retire in April of 1976 and was a good friend of Bob Hope. We persuaded him to ask Bob if he’d come in and speak at the state Democratic party retirement dinner for Senator Symington, in Springfield, MO, which he did.

Then they asked me to host Bob when he came in for that night in April 1976. So, the next morning I was at the hotel to pick up Bob and his wife and he came walking out of the room with a pillow in his hand. He said, “Boy, this is the best night’s sleep I’ve had in years. I want to buy this pillow.” I talked to the owner of the hotel and they gave it to him. Bob had me stuff it in his golf bag.

Later on, Southwest Missouri State University was opening their new basketball arena and they invited Bob to be the speaker. So, I wrote him a letter and asked him if he’d like to come in for it, play golf, and cut the ribbon on our third restaurant.

I never heard from him until one night I got a call at home and the voice said, “It’s Bob.” Like an idiot, I said, “Bob who?” He said, “Bob Hope. I got your letter. I can’t play golf, but I’ll ride over to your restaurant and cut the ribbon.”

He cut the ribbon, then ordered a hamburger, french fries, a Frosty and chili.

Mike: I was with Dave Thomas on a handful of occasions. My dad took me to go pick him up at the Springfield airport. We got a photo in front of his plane. I was in the backseat of the car, Dave in front, and Dave turns to my dad and says, “You know Sam, the sharpshooters out there always shoot at the person in the front passenger seat.” He was always joking like that.

Dave would come to a couple of our openings and was very gracious with people and the staff. He’d walk behind the line and shake hands and always give a very humbling speech. My uncle Jerry, my dad’s older brother who was also a franchisee, was the first recipient of the Founder’s Award. Dave took a real liking to Jerry and when Jerry died in January 1995, Dave came to the funeral.

I remember at the wake he walked in and came over to me and said, “Why do all the good guys have to die?” He was very humble about it. I was mostly a kid with Dave, but I always remember feeling like I might be the only guy in the room whenever he talked to me.

Sam: Dave and I became good friends. He invited my wife, June, and me to all of his daughter’s weddings and over to his house. I think the thing that brought us together is I came from a small town and also had two children that June and I had adopted before Mike and Jackie were born.

Whenever we’d go to conventions, for some reason he would single me out in meetings and want me to go around and talk and visit with him. I loved the guy. I really did. Back in those days, once a year, the different franchisees in Missouri would get together, about a half dozen of us, at Lake of the Ozarks or go down to a resort in Oklahoma and have meetings about what was working for us, how we could help each other.

We’d have a two- or three-day weekend meeting, then we’d end up playing golf on Sunday and we’d always invite Dave to come and he’d come. He always wanted me to play with him. Dave would like to bet a lot and I’d say, “Dave, I don’t have that kind of money.” He’d say, “Don’t worry about it, don’t worry about it,” and would end up paying off our bets.

Sam: There are two people I always thank for making Hamra Enterprises what it is: Chuck Ocarz and Mike Hamra. Chuck, as a director of operations, helped Wendy’s International expand to the Far East, then returned to the United States and wanted to still be involved in Wendy’s, so I hired him on the spot after meeting with him, his wife, and two young children. He joined Hamra Enterprises as President of Wendy’s of Missouri in 1995 and today overseas our three Wendy’s markets.

With Mike, I was tired of traveling. I was worn out, so I went to Mike one day and said, “You gotta help me. I’m wearing myself out.” He agreed to do it. He left his law career in D.C. and started out working nights in restaurants to learn the operations of the business. He did that every night for five weeks. I think he always had the skills to be a leader and by working all night when he started, I think it really impressed people.

He started the HERO Fund (Hamra Employees Reaching Out) to help employees facing difficult financial situations. Our family matches every dollar that employees contribute to the fund. To date we have supported over 650 employees in time of need. 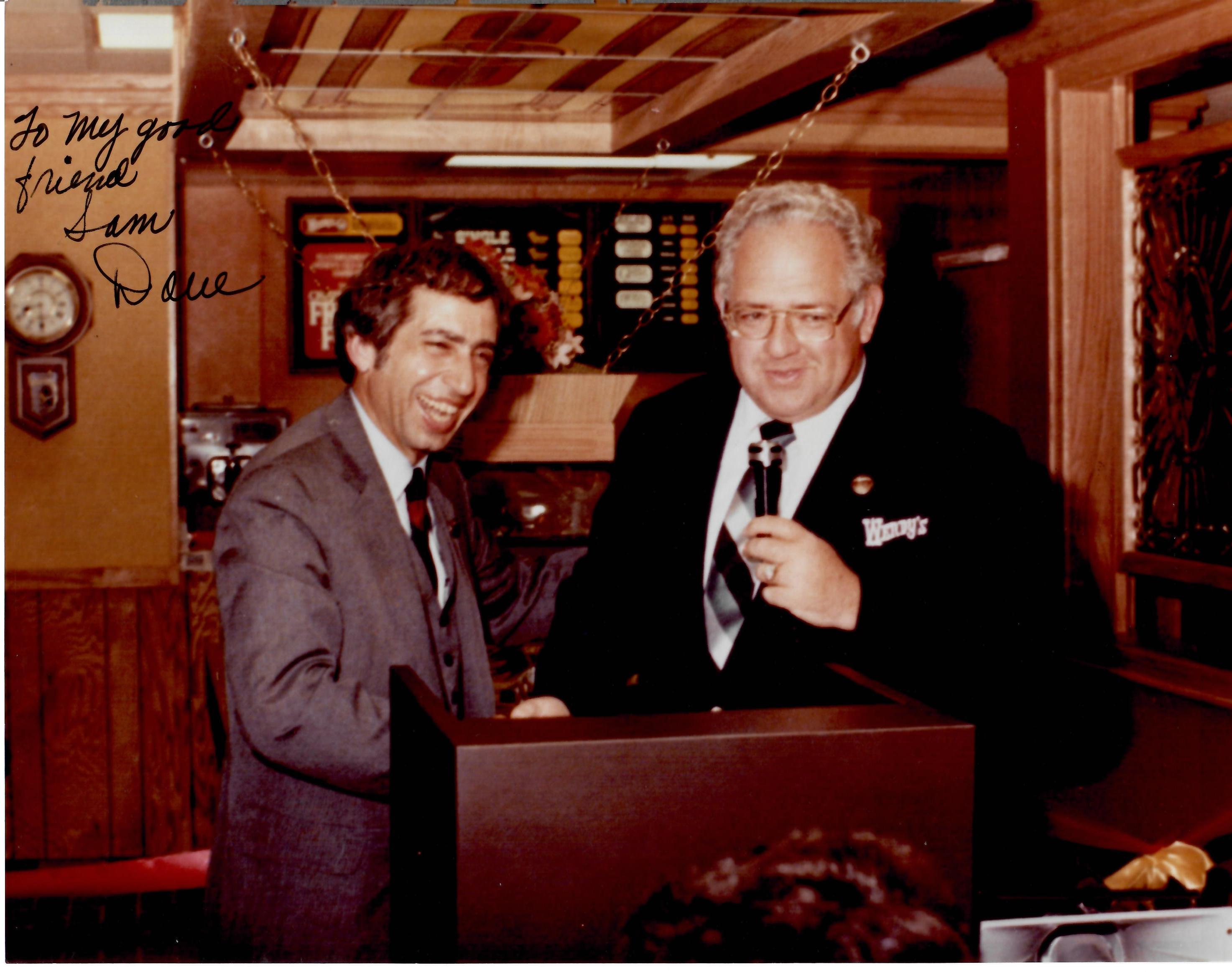 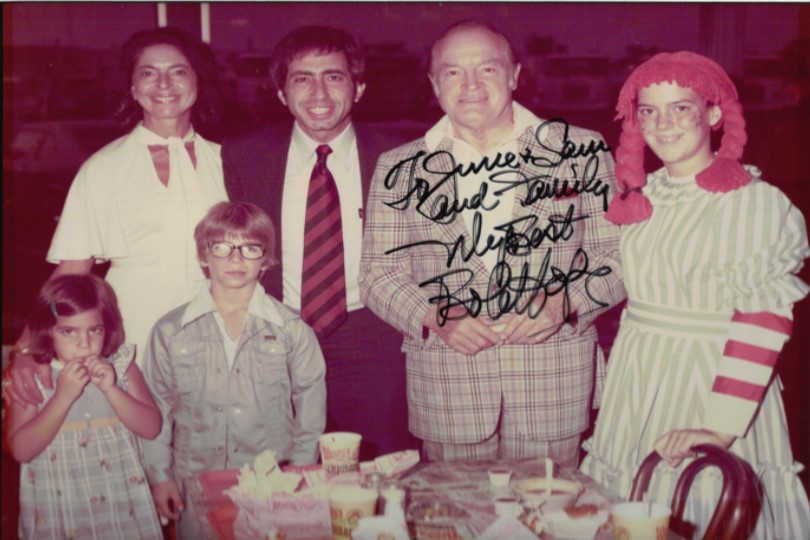 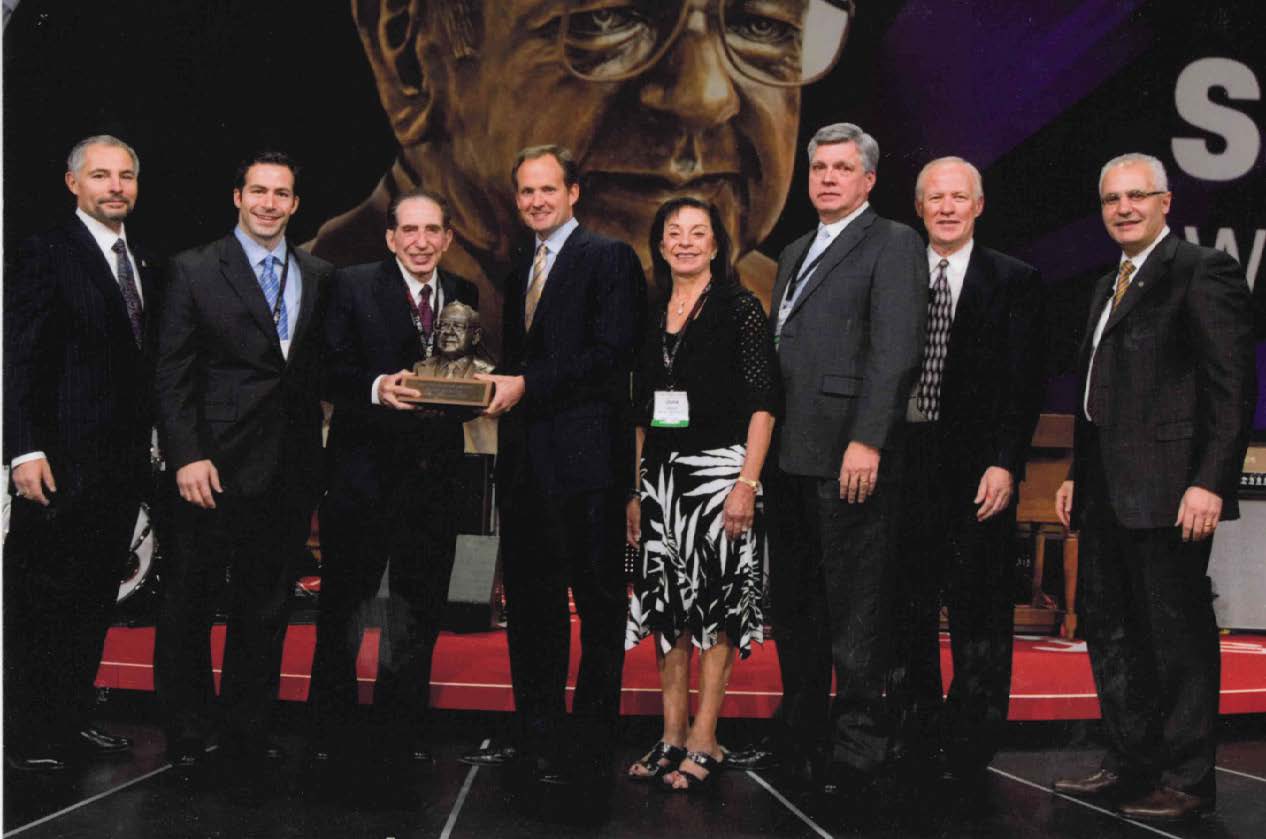